Let's get the Imagination Nurons Connecting!

For this year's Christmas Card, I decided to create an illustration that might make one ask why is there a unicorn with it's horn lopped off and pitched in the snow?
Well, if you do think that, perhaps you could share what you think the story's all about here in the comments!
Have fun!

Wishing everyone the best for the holidays!!
~Pat Ann~ 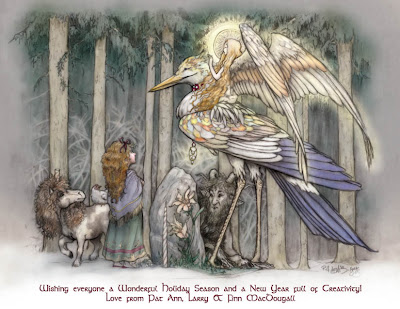 I haven't posted in a while!

I'm back in the animation side of my career and enjoying a wonderful storyboard gig. Can't say much because it's a brand new show which will be airing on Canadian television later on next year!
Well my new contract is very time consuming as well as very digital. The software I'm using is called ToonBoom's Storyboard Pro and if you are not familiar with the program, the artist uses a tablet to draw. No more sticky notes taped onto a story board page.
I love working in Storyboard Pro but because the process requires 10 to 12 hours per day to work on, I find it hard to make time for simple sketchbook drawing or to work on my graphic novel.
I'm going to figure out what I can do to make a little time here or there to work on my stuff somehow. In the meantime however, I'm posting 3 doodles that I did a wee while ago. They were pinned to one of my bulletin boards where I could see them on a regular basis. I don't know what I want to do with them yet.
Posting them online might get someone to pipe up with an idea though! 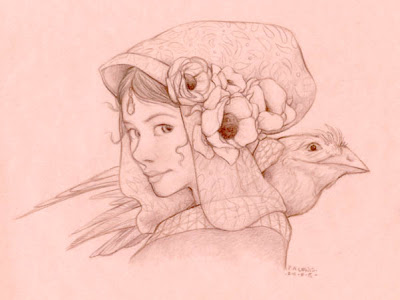 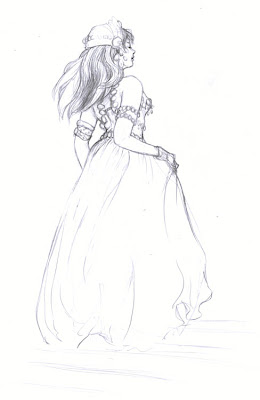 Come visit my store on CafePress!

Promote Your Page Too

My Blog has been featured at 'Making Jewelry Supplies.com!'