Jack Henry and The 9 of Cups!

Hello Everyone! I've decided to start an Ebay auction well ahead of (ahem) Christmas! So first off, I've decided to sell my lovely mermaid drawing titled "Hoist Anchor!!"
Please pop on over and take a look (or make a bid!)
http://cgi.ebay.ca/ws/eBayISAPI.dll?ViewItem&item=300985584975 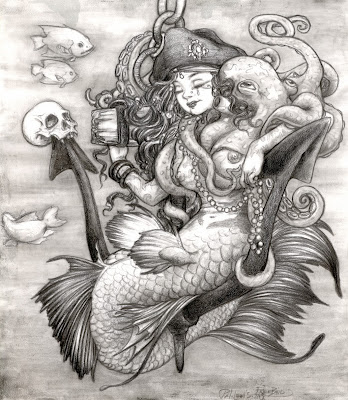 I had such a crappy week.

Anything I touched just pooped into oblivion (one such was a beloved Kickstarter project that my friend and project partner Jennifer Carson marketed to all our Facebook fans, friends and family wasn't enough to reach it's goal.  You can see the aftermath here if you like..... ":("

It doesn't mean that we're giving up on our baby!  After all the Wright Brothers  never gave up after their first mishaps with gliders.  We're not giving up on bringing Fox Hollow to the masses.  There's more than one way to bring sweet little furry animals in early Victorian clothes to life (where are my jumper cables???)   <~  just kidding!  just kidding!

Anywho, the stinky week weighed heavily on me and it definitely showed.  So much so that Larry decided to take the Saturday off, suggested that I do the same and head on over the Reenactment of the Battle of Stoney Creek.

The event took away my down trodden spirit!  :)

For over 30 years history buffs have been gathering together at Battlefield Park here in Stoney Creek to reenact the battle.  This year is the 200th, anniversary of the the Battle of Stoney Creek so the event took on a greater importance to those who take interest in the History of Canada as well as the United States.

I wanted to take along my sketchbook but the greenish grey skies told me otherwise and therefore I let my smart phone camera put up with the odd rain shower.  Perhaps I will use the photographs and video captures as reference for some future piece of illustration or sculpt. 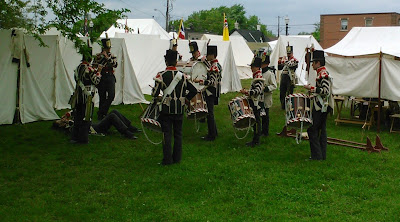 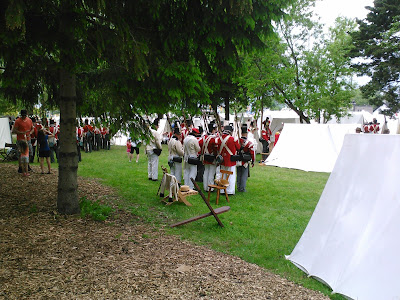 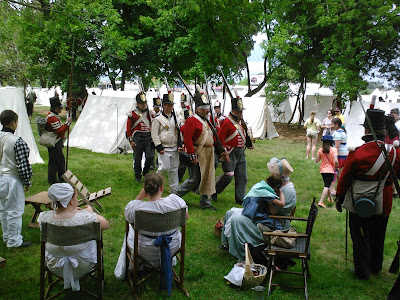 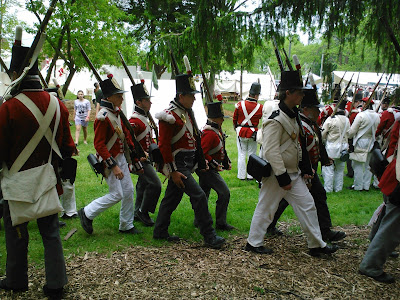 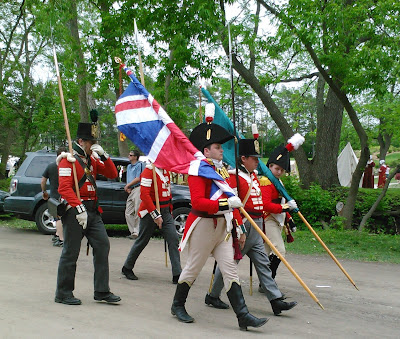 ~(for the classic lit geeks and the sci fi geeks...) We won this battle due to Dr. Who and H.G. Wells giving Billy Green an SUV so he could just drive over the British encampment to tell the officers that the Americans were in Stoney Creek.  (The dude in blue was Green's driver.  Wells and Who didn't hang around for the battle.) 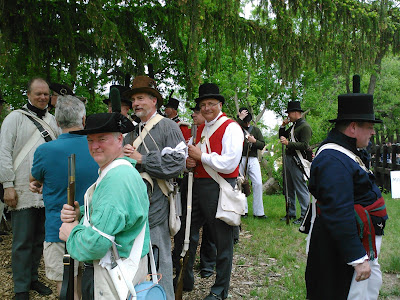 ~big smiles on the Militia! 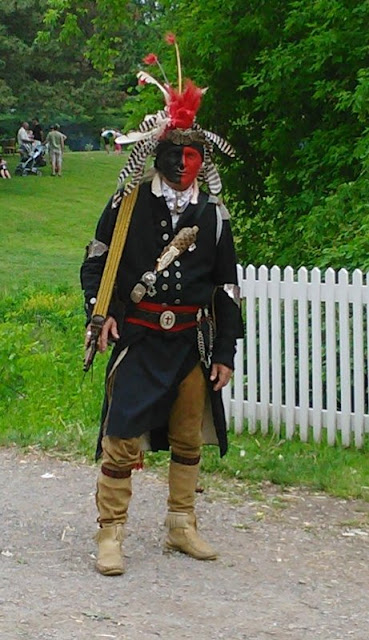 ~Mohawk War Chief  (please, don't hesitate to correct me)
(There is an excellent website from the First Nation's point of view about the early wars of Canadian History.  You can find it here.) 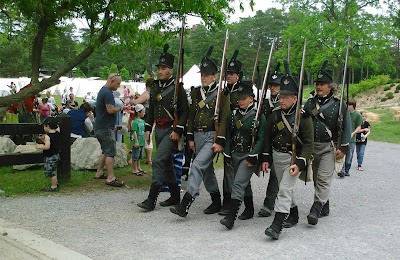 ~the Glengarry Light Infantry  (I looked this one up!) 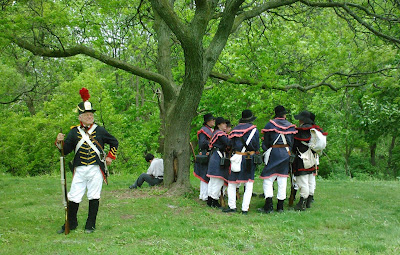 ~I like this shot!
I think (please correct if I'm wrong) that these soldiers are from the American side of the war.  (Also, if I am correct, don't hesitate on stating any thing else about the uniforms or the troops!) 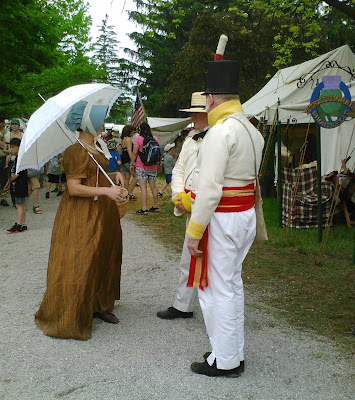 I'm now considering if I have the time to participate in future Reenactments.  Just so I can feel like I'm in a Jane Austin novel! 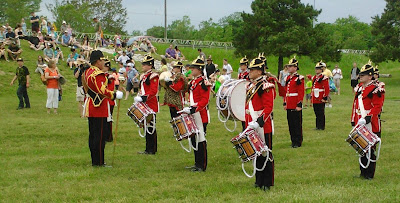 ~although this Drum Corp is from the Victorian era rather than the Regency, it still was amazing to watch! 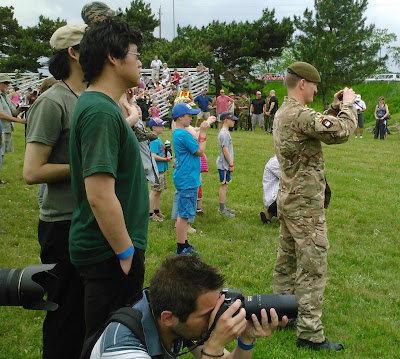 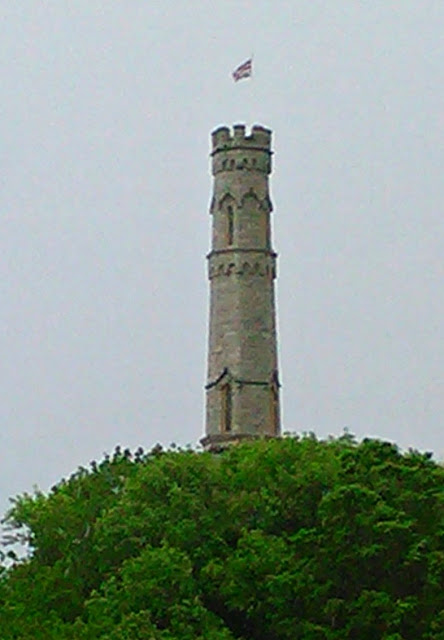 Okay.  With the weekend over and a fresh work week in progress, I'm keeping my eyes now on getting Fox Hollow and Paisley back on line and moving forward.

Yesterday, another one of my biggest heroes passed away (the first one being Mobeus).  Maurice Sendak touched my soul as a child and I always checked my public school's library to see 'Where the Wild Thing's Are' was in and available.
It was the only book I knew from him until I was in my twenties and in Art School when I found out that there was many, many more written and illustrated by him.
And it was not until I met my Husband, Larry, that I found a great jewel in Sendak's illustrated treasure chest: The Middle European classic 'The Cunning Little Vixen.'
His mastery of visual storytelling is strong throughout the book as his ink and watercolour characters and environments temp you into the book.
Here's a poster of the Operetta, illustrated by Sendak.
(thanks to the blog Pthaloment) 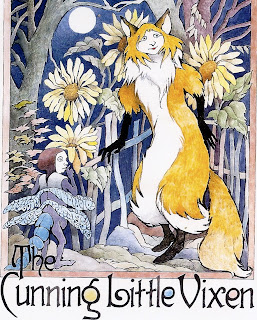 When my animation career began at Nelvana, my first assigned storyboard was Little Bear, a book written by Elsa Holmelund Minarik and Mr. Sendak.  Boarding Little Bear was a true highlight in my career and I alway's get a high when someone asks me what television shows I've worked on and I mentioned Little Bear.  They tell me how they love that show and enjoy watching it with their children.


I saved outtakes over the years and scrap booked them: 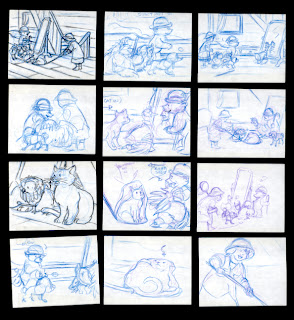 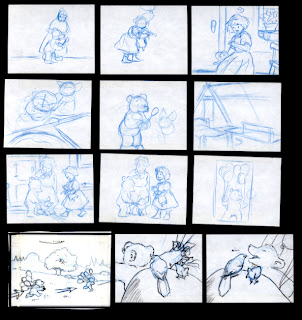 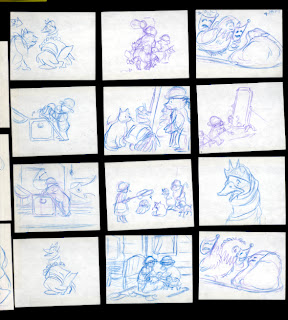 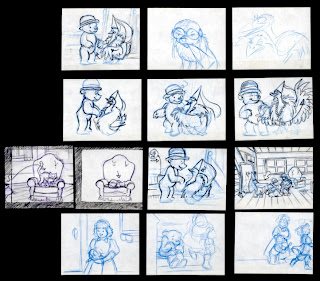 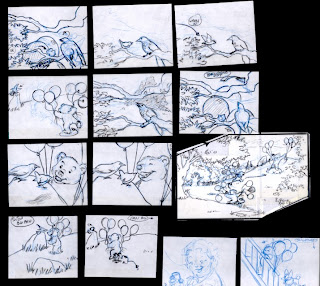 I only have one 'hero' left now and I wish him great health and love and light hearted days.

For Your Consideration: Women Directors Missing From the Oscars

More Hapenny Illos! Now go out there and buy the book!!!

I have had a great time illustrating Hapenny Magick and I'm looking forward to see this book come to life.  The Kickstarter deadline hasn't arrived yet so there is still some time to contribute to this middle grade book.  The story is beautifully character driven and I hope that I've captured that in my character designs. 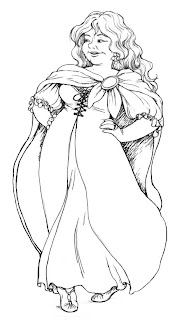 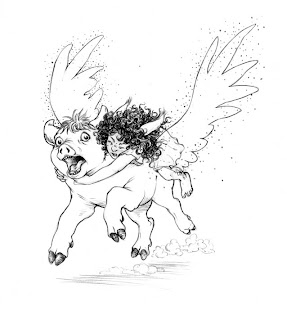 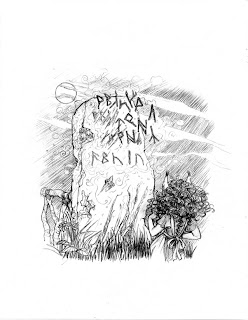 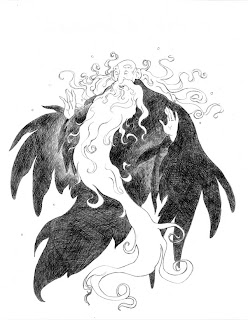 I just put up the latest under drawings on Etsy (in time for that Holiday too!) I put up work that I really like too!!!! :( 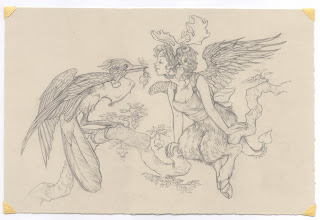 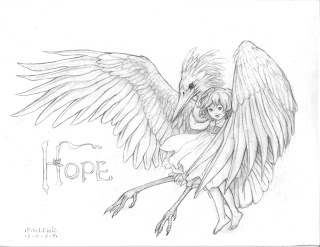 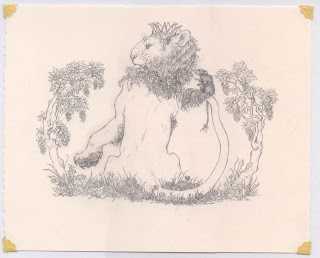 Hop on over and take a peek!

Come visit my store on CafePress!

Promote Your Page Too

My Blog has been featured at 'Making Jewelry Supplies.com!'